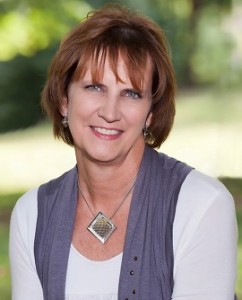 Carol grew up in Asheville, North Carolina, and migrated to Charlotte in her early 20s, where she still resides with husband of 25 years. They have one daughter, a sophomore in college. At the age of 45, just before her daughter’s 9th birthday, Carol was diagnosed with breast cancer. When the treatments were over, she left her sales job in the grocery industry, an arena she had been in for 15 years, and began working in the financial consulting world. She is a Chartered Financial Consultant, working with an advisor for Hobart Financial Group.

Not long after she began working in her new world, a flier came across her desk for a writing workshop taught by Maureen Ryan Griffin.  Her love of writing that had been suppressed with adult life responsibilities became a priority to explore. She signed up for Maureen’s class at CPCC, and continued taking classes with her for two plus years — first at CPCC, then at her church, St. John’s Baptist. Carol was surprised that the prompts Maureen provided brought the cancer experience back, and a therapeutic experience began.

A Sample of Carol’s Writing

Cancer Doesn’t Run In My Family

We’re together at Sunset Beach, North Carolina in early November 2002 — Tracey, Barbara, Laura, Epsy, and me. We’ve been friends for many years, but our lives have us living in different parts of the eastern seaboard: New Jersey, Florida, and North Carolina. To stay connected with each other, we’ve committed to having annual reunions and this Sunset Beach weekend is our fourth. The house we’re staying in is located on the inland side of the island away from the beach. There are no water views, but it offers us a fantastic place to relax and enjoy each other’s company.

The weather has cooperated in a near perfect way, providing us a beautiful sunshine-ﬁlled fall weekend. We ride bikes around the off-season’s quiet roads, walk on the beach and sit on the house’s spacious back porch. The favorite activity, of course, is the non-stop talking, just as we always do at these reunions.

We’re all in our early forties now, in great health, and generally pleased with life. There are a few of the usual gripes: the job not quite what we dreamed of, the husband who works too much, the weight gain in places we don’t want. We share and talk about an assortment of topics. Talk of health problems, while surely lurking in our futures, has tiptoed into our dialogue over the past few years, but not often. Beyond the normal aches and pains, there really isn’t much to be concerned about or worthy of discussion.

For some reason, on this trip, this year, with all the perfection of the weather, food, and camaraderie, the topic of mammograms comes up.

I nonchalantly divulge that I had one-four years ago. My girlfriends are mortiﬁed that I’ve put off this procedure and over the next few hours, they harp on my lack of having had one since. They mention it so often they start to turn into annoying friends.

On our second day together, we’re in Laura’s car, returning from a home tour excursion on Bald Head Island. Barbara, who is sitting with me in the backseat, brings up the subject yet again. “So, Carol, are you going to make a mammogram appointment as soon as you get home?” she prods.

I look at her with an I can’t believe you’re bringing that up again look and respond with a shrug and a roll of my eyes, coupled with a good-natured laugh to (hopefully) show my good sense of humor. “It’s really not a big deal,” I say. “Cancer doesn’t run in my family!” The subject is dropped-or at least I think it is.

That evening we cook in at the house and enjoy cocktails and a delicious shrimp dinner. We laugh, play cards, and talk some more. Suddenly, there’s something else new as talk of goal-setting ensues. Goal-setting? We’ve never done goal-setting before. Why are we becoming so driven now? Isn’t it enough we just plan to reunite a year from now? One by one, my friends divulge the goals they plan to accomplish before our next visit together. Given my position in our circle, and going in order, I’ll be the last to share. I listen as they divulge theirs and think about what mine will be.

I’m thinking — my goal will be to change jobs — but when it’s my turn, I don’t even get a chance to speak.

“Carol,” they all say, practically in unison, “you will get a mammogram.”

from Chapter 1 of Matters of the Heart: A Cancer Journey

What Carol says about the Coastal Writing Retreat

“I arrived at The Sunset Inn on the island of Sunset Beach, North Carolina, with my sister, on a warm February day in 2008.  We were there to share some sister comradely while attending a writing retreat hosted by Maureen Ryan Griffin.  I had already taken several writing classes with Maureen in my hometown of Charlotte, which had generated some essays regarding my cancer journey.  For two and a half days, eight of us wrote together in the sunlit meeting room of the Inn.

In our spare time, we walked on the beach. True to its name, we basked in the beautiful sunsets the island provided.  As I walked, contemplating the new cancer writings that had been bubbling up at this retreat, I reflected on the fall of 2002 when I was here staying at a house just down the road from the inn.  Four of my friends had been with me.  All of us were in our early 40’s, and healthy. For some reason, once they found out I had not had a mammogram in four years, they encouraged me to have one.  My friend Tracey had gone for a run on the very beach I walked during the retreat, and sensed that she had to make sure I would get a mammogram soon.  It was important, the waves of the beach roared to her.

As the writing retreat began to wrap, I proclaimed, “I think I’ve got a list of chapters for a book regarding my cancer journey.”  I was excited to proclaim this dream of mine to the group.

And after I went back home, I kept writing, chapter after chapter. Most of the book was written because of Maureen’s writing prompts in the multiple WordPlay classes and retreats I participated in. Five years and many words later, with the help of Maureen and Amy Royal, a friend of Maureen’s who became my editor, the dream was almost complete. The chapters were ready, I had a title and a logo for the book, but was uncertain what I wanted on the book cover.  I knew I would prefer to have the picture come from a friend, versus finding some random stock photo on the internet.

My friend Gretchen Birdwell is a portrait photographer: weddings, families, special events.  Not the type of picture I was looking for, but I asked her if she might have something.  “If I don’t have one, Carol, I’ll go shoot it!”  We both knew she would know what “it” was when she saw it.  But first, she suggested I go to her website and look at the scenery photos she had there.  It took me all of 30 seconds to find the picture of waves breaking on the shore.  Somehow, I knew that was the one for the book.  “Gretchen,” I asked, “where was that picture taken?”

“Sunset Beach, last year while I was visiting my mother.”

Of course it was Sunset Beach. How could it be from any place else?

I’ve come full circle with Sunset Beach:  the girlfriends who loved me there; a sunlit room where the book dream began; and the waves that roared to their proper place on the front of my book putting the final touches on my dream that became a reality.

And when my sister finished reading my book, she said, “You spun words into gold.”

Of course I did, I was taught by the lady who knows how to teach a novice writer how to “spin.”