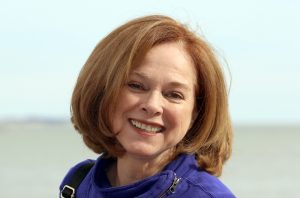 LK Clement (Linda) has spent a good bit of her life moving, not by choice, but because of the US Navy, which doesn’t care much if the children of their service members would rather stay put. At the time it seemed immensely unfair, as most adult decisions appear to a child, but the roaming around her family engaged in, from Florida to Massachusetts to Maryland to Morocco, engendered a love of different cultures that has propelled her to travel, write, and study the great civilizations of our world.

She received a liberal arts education from the University of South Carolina, then, by accident, ended up spending almost thirty years in the software industry. During her career she wrote proposals, marketing materials, sales brochures, and, of course, endless emails. Her writing skills were born in these tasks, as painting a vision for customers calls upon the writer/presenter to exercise immense creative powers.

Her first book, The Huguenot Thief, was published in December 2016. Linda likes to say it is her first acknowledged work of fiction.

A Sample of Linda’s Writing

an excerpt from
The Huguenot Thief

A mockingbird woke Kate, as it had every morning for the six months she and her husband Jack had been in this rental house. Its song was a bit louder today. Perhaps on this April morning it was calling for a mate. The bird always perched on the same branch: a branch right outside their bedroom window, a branch she had asked Jack to saw off in the hope the bird would find another location to practice its repertoire. He had reminded her that the branch was attached to an ancient live oak that couldn’t be touched without prior approval from their landlord, and maybe even from the city, given the size of the tree. Their small house was in Harleston Village in downtown Charleston, a fine location to be sure, but Kate missed their former home—a cottage on the Ashley River, a house lost in the tumult of the financial downturn when they couldn’t pay the mortgage. Jack’s construction projects had disappeared almost overnight.

At tune number five, she sat up and pulled a strand of her hair from Jack’s fist. As he slid to her side of the bed, she caught sight of her forearms, the skin puffy and red with scratches. This was the second time in the past week she had awakened to see these welts. Without telling her doctor or Jack, she had lowered the amount of lithium she took each day, attempting to find a dose that did not make her feel as if she was watching her life rather than experiencing it. This self-marking, which had occurred before in her manic episodes, meant she had lowered it too much. If Jack saw her arms, he’d demand that she return to a psychiatrist, her husband always optimistic that there would be a new psychotropic drug for Kate to try.

A fellow patient in hey psychiatrist’s office had once described his moods to her as a roulette wheel—mania red, depression black. He told her he never knew what color was going to come up every morning. Kate supposed a life somewhere in the middle, neither red nor black, should be her goal, but she was hoping to get a just a little of her mania, always productive, back into her life by lowering the lithium.

No matter how detailed she made the description, Jack couldn’t comprehend the feeling of omnipotence a mania delivered. During the few times he had witnessed a full-fledged episode, Kate knew she must have appeared dangerous and reckless. What he observed—the endless talking, writing for days, not bathing or eating, had frightened him. From Kate’s point of view, though, one of her manic episodes had helped her create her most well received work, a book on female French saints. She had been able to put herself in those women’s heads, imagining their exultations and their terrors. How could she explain to anyone the intimate power of feeling that you were in the mind of someone who had been dead for centuries?

~ from the opening of The Huguenot Thief available on Amazon here. 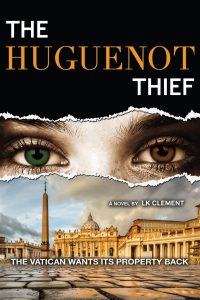 What Linda says about WordPlay

“Five years ago a colleague suggested I write a book. I was intrigued and flattered by his certainty that I could, indeed, write a novel. The story of how a Huguenot ancestor came to Charleston became the kernel of a thriller that featured action in Charleston, Istanbul, and Paris, all places I love. I spent a few months writing (and rewriting) 20,000 words, then found Maureen. My question to her was—Should I continue, or find another outlet for my right brain held back by a left brain career?

She reviewed my manuscript, and, as nicely as possible, told me my punctuation skills were terrible, but that I had talent in telling a story. What did I do next? I enrolled in “Under Construction.”

In Maureen’s class, I began to learn the subtleties of writing: point of view, “show-don’t tell,” and the art of using the best words, in the most appropriate order, to create a picture in the reader’s mind.

The feedback from class members was invaluable, and humbling, as I learned to “kill my darlings,” and banish adverbs.

Maureen’s encouragement and gentle manner of pointing out alternatives was exactly what this newbie writer needed. Even her encouragement to sometimes “do nothing” but think about your writing eased my mind when I just couldn’t come up with the energy to write. Finally, five years after Maureen’s first critique of my writing, I became a published author.

The Huguenot Thief was published on December 5, 2016. I chose to use a hybrid publication method, and worked with Gatekeeper Press to bring a softcover, e-book, and hardcover to market. So far, my reviews in Amazon have been five star, and I’m absolutely thrilled with the feedback. A sequel is in the works.”