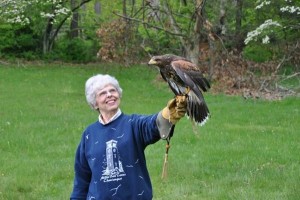 In her professional life Jane worked for twenty-six years in arts programs for the Winston-Salem/Forsyth County School System. It was generally recognized that she could write clearly and concisely, which meant that grant applications often landed on her desk with instructions to “Get this funded.”  While her funding record was good on the local, state and national levels, it never occurred to her to write her own stuff.  Unaware that what she wrote would be self-revelatory, she didn’t think she had anything to say that would interest anyone else!

Jane hasn’t been concerned about publication. She entered the Chautauqua Poetry Contest at her husband’s insistence and at the eleventh hour. She was very surprised that it got the judge’s attention. While publication may be the next step, it’s not why she writes. Maureen encouraged her to record the world in her own unique way. She gave her a mission — “Tell it like it is. Call it as you see it.”

A Sample of Jane’s Writing

I burned myself on his cigar

to get his attention.

this kid is crazy!

at the skating rink, pointing to me, Dad called

Mortified, I unlaced my skates

and raced home to my room.

I thought he meant

to give me away.

What Jane says about WordPlay

“One summer in Chautauqua, I began a casual conversation with Maureen Ryan Griffin as we walked our bikes away from an Open Mic session at the Literary Arts Center. I was in awe when Maureen told me that she had won the Chautauqua Poetry Award the summer before and surprised that she was the teacher of the class I had registered for because the description sounded like the push I needed to record the family stories that I wanted to preserve for my grandchildren.

That first class with Maureen convinced me that I could produce something worthy. Subsequent classes at Chautauqua, as well as a sojourn at Sunset Beach with Maureen, ensconced me firmly in the world of memoir, moved me into fiction and finally gave me enough confidence to try poetry. I have notebooks full of “compost” from Maureen’s classes that I continue to turn and add to.”