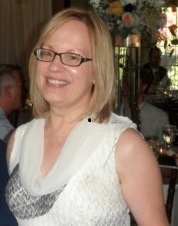 Melissa met Maureen when they were both participants in a summer writing class at Chautauqua Institution four years ago. It was the first week-long writing class she’d ever taken. After she read an essay about her grandmother aloud, with sweaty palms and a flip-flopping stomach, Maureen looked at her over her half glasses and said, “Oh, that stuff about the towels is just great. You should end it there. You don’t need the rest.” She said it nicely, but Melissa was shocked. She was asking her to part with her precious written words. Melissa was new to this process, and her immediate thought was to stab Maureen (gently, of course) with the .7 mm lead in her mechanical pencil. But there were too many witnesses. Later, she realized that this was called editing and, if you are a lucky writer, you find an editor like Maureen. She revised the piece, ended it with the towels, and sent it off. When it was rejected, Maureen told her it was “too nuanced” for the market she chose; Melissa loved her for that. The second submission did the trick, and you can read about Melissa’s towels here.

A Sample of Melissa’s Writing

Our family albums are generously sprinkled with photos of our daughter, Emily, standing with a large, concrete bear that guards the entrance to the Cleveland Zoo. Annual father-daughter trips to the zoo were a tradition for many years, and that bear serves as a measuring stick.

In the first photo, Emily huddles in the bear’s stone embrace, grinning. As she gets older, she stands next to him, looking mildly amused. In the last, taken the summer before she went off to college, she towers over the bear, draping one arm around his shoulder while smiling patiently at the camera.

A few years later, we visited Emily in Chicago, where she had found her first post-college job and settled into a tiny, meticulously decorated studio apartment. The building was old but well maintained, with the reassuring presence of a resident manager and a well-lit and locked front door that faced the street. I was weak with relief after surreptitiously inspecting it. I was also basking in our mutual ease. Having survived the usual parent-child ups and downs, we now seemed to be in a good place. As we walked down the leafy residential street, Emily hooked arms with her dad. “The zoo is just a few blocks away,” she said. “Sometimes when I run along the lake I can hear the lions roaring.”

The song “I am Woman, Hear Me Roar” went through my mind, but I kept it to myself. My daughter has already done more and traveled farther than I, and I am both excited and terrified to see what will come next for her. “We’ll go to the zoo tomorrow,” she continued. “That will give mom a chance to spend hours in a bookstore.”

Back at home later in the week, I opened an email message from my husband. It contained a photograph of Emily, standing in front of a massive stone wall with “Lincoln Park Zoo” in bold lettering. She looks very much an adult in a long coat, skinny jeans, metallic ballet flats, and designer sunglasses. For no reason I can articulate, I scrolled all the way up. Atop the wall is a sculpture of a female bear with her two cubs. The adult bear is looking down, and I am almost certain she is keeping a maternal eye on my daughter.

What Melissa says about WordPlay

“Maureen filled every minute [of class] with samples of inspiring prose and poetry, amazing writing prompts, and plenty of time to share and discuss our writing. She somehow managed to provide a perfect mix of encouragement, nurturing, and nudging. Thank you, Maureen, for being a wonderful friend, writer, teacher, and editor.”